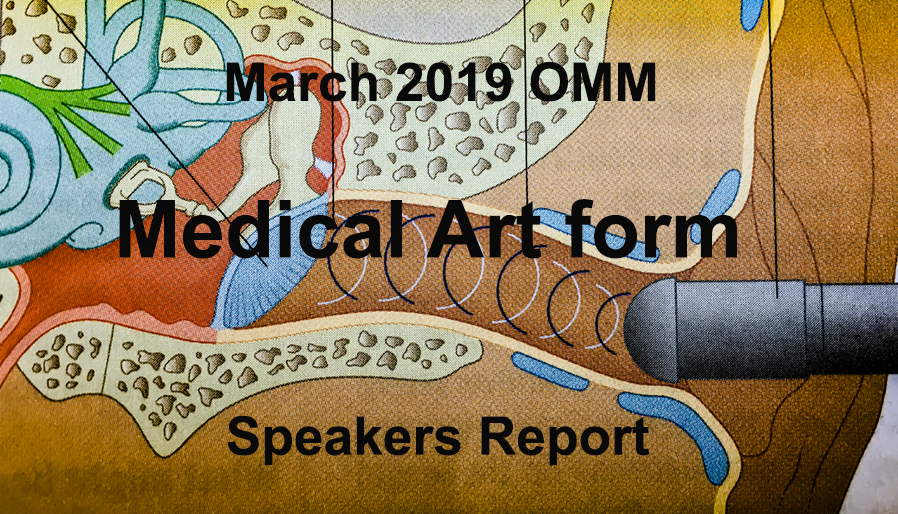 Art in the Service of Science was the intriguing title of the talk given to Bude & District U3A members at their well-attended March general meeting.  The speakers, Phil and Debbie Wilson, who live near Launceston, are medical and scientific illustrators and during the course of their hour-long, illustrated talk they described their work as well as the many uses of medical and scientific art.

Speaking first, Phil, who has more than 40 years’ experience as a medical, forensic and scientific illustrator, told the audience at the Parkhouse Centre that although medical art was a young profession, it had a long history going all the way back to ancient Egypt.  The Italian Medieval artist, Leonardo da Vinci (1452-1519) is generally regarded as the first medical artist. His drawings of the human anatomy, including actual dissections made him a pioneer in the study of the human anatomy.

From Leonardo onwards, medical artists have created their incredibly detailed paintings and drawings  to communicate advances in anatomical and surgical knowledge.  More recently, in 1949, the Medical Artists’ Association of Great Britain was formed. The work of the member illustrators covers medical illustration, animation, 3D modelling, and anatomical, forensic, healthcare, pharmaceutical and surgical art.  Phil is currently Chairman of the Medical Artists’ Association.

He went on to say that by the 1970s medical artists had to begin to reinvent themselves – first, to address the growing use of photography, and then later, with the arrival of computers and digital imaging.  Illustrators moved from being recordists to educators.  Phil showed images of his own and other artists’ work using  modern techniques, often combined with more traditional art, and encompassing everything from forensic science to disease conditions and surgical procedures.

‘Using digital techniques has many advantages,’ said Phil..  It’s easy to duplicate and reproduce, often slightly different, images;  archiving and storage is much easier; and images can easily and quickly be sent all over the world.’.  ‘Disadvantages’, he said with a smile,’ include not needing to travel so much to meet other people since everything is done by email.’

dissection, DNA sequencing, a dinosaur with fleas, a chameleon playing dead and containers for nuclear waste!

Debbie Wilson (Maizels), who specializes in scientific art and illustration, biological art, veterinary illustration and  medical illustration, described her considerable experience  with the aid of projected images of her work.  Examples of her intricate drawings and artwork shown to the U3A members included the tomato plant life cycle, a frog

Many of her illustrations are for books and magazines related to animals such as a veterinary text books, books about cats and dogs, various nature journals and  text books for schools in the USA.  ‘All the artwork must be original,’ she said, ‘so I often work using family and friends’ pets as models.’ Debbie also showed some of her illustrations for scientific journals and said that she found it very rewarding to be able to work with researchers in such areas as autoimmune diseases.  She too is a member of the Medical Artists Association.

The fascinating session ended with Phil speaking about forensic and medical illustrating.  Forensic artwork, often needed at short notice, has to be accurate, without bias and without causing offence to anyone who looks at it. An illustration, which  was  crucial as supporting evidence in a murder trial, was shown.  Medical illustrations have included  art for publications such as Gray’s Anatomy,  medical training models and 3D facial reconstruction.  ‘There are no signs that the need for this type of illustration will diminish, ‘ he concluded. ‘The value of pictorial description over the written word alone is clear.’