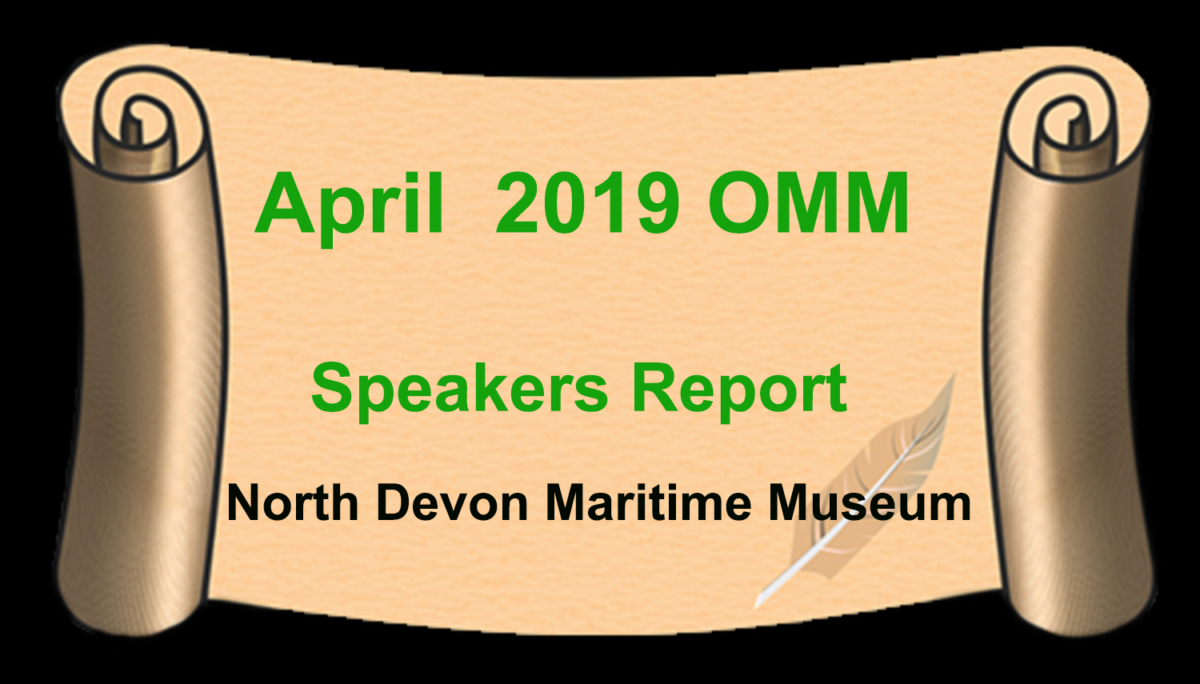 Once the Chairman had welcomed everyone she introduced the guest Speaker for the afternoon, Diana Yendell.  Diana is one of 60 volunteers who run the North Devon Maritime Museum in Appeldore and her talk covered the fascinating story from its beginning to the present day.   It started nearly 50 years ago with all sorts of bits and pieces being thrown out by some, but rescued from the Tip by others more far-sighted.  A few individuals realised the need to preserve as much as possible of North Devon’s amazing maritime history and resolved to collect all they could and work towards finding premises where everything could be displayed properly.  A local farmer had amassed a range of old agricultural machinery and in the early days visits to this collection helped to raise some much-needed funds.  Eventually a Georgian house became available in Appledore and after a lot of hard work on renovations the Museum opened its doors in 1977.  As the project became more widely known over the years local people donated many more boxes of memorabilia.  This continues, so that there is now a huge amount in the storerooms waiting to be sorted and catalogued – work which will go on for years, but at least